Ferdinando and Eleanora, from Italy, returned for an second hunt with us this year. They last hunted with Karoo Wild in the heat of January..... 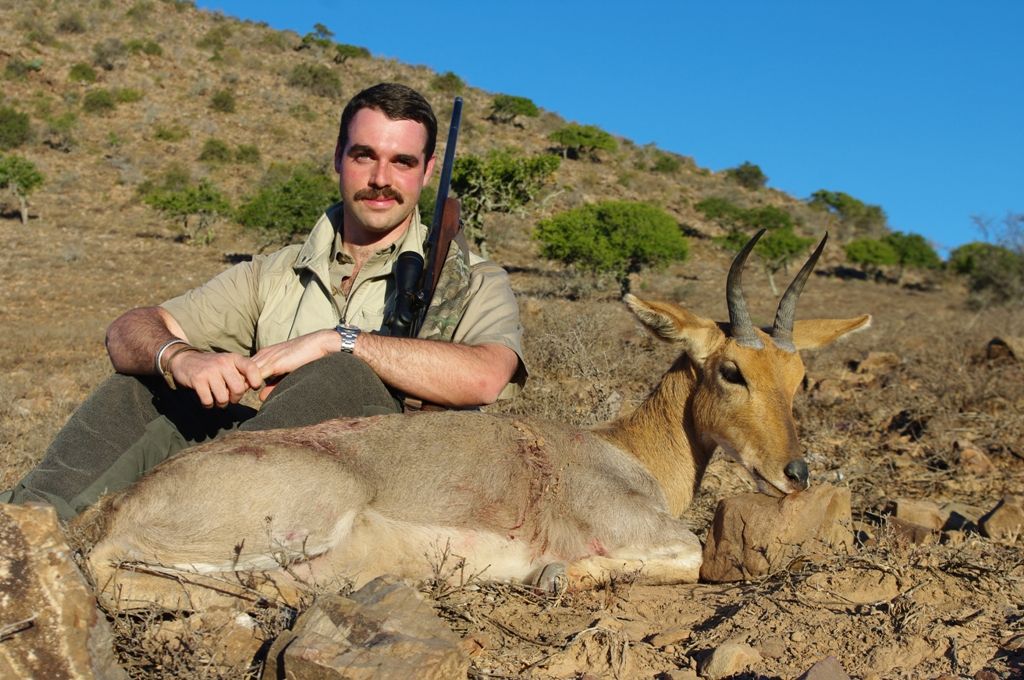 In our wildest dreams did we think they'd be hunting in snow which is how it came to be on their vaal rhebuck hunt. Ferdinando is surely one of the few hunters in the world who can claim to have hunted the same area in 40 and 0 degrees Celsius!

I hunted with Ferdinando on their first day and it was late afternoon when we connected with an exceptional mountain reedbuck ram which Ferdinando was able to take after a long hike in the mountains.

Nibbs took over the guiding for the remainder of the hunt and they got a good common duiker ram the tFedinanhat day.

A big cold front hitting Southern Africa coincided with their vaal rhebuck hunt in the high mountains of Nieu Bethesda and they spent the first day searching for vaal rhebuck in snow. It was a tough but unique day's hunting enjoyed by all. They were able to take a good vaal rhebuck late the next morning.

On his last day of hunting Ferdinando was able to take the bushbuck that eluded him on his January hunt. We were overjoyed for Ferdinando and Eleonora. It was great to catch up with them and hope to see them again next year.