Hunting friends, Kurt and Henrik, from Sweden, joined us for a late season management hunt and speciality hunt for some select plains game animals. Although they've hunted in Africa many times, their was their first South African hunting trip.... 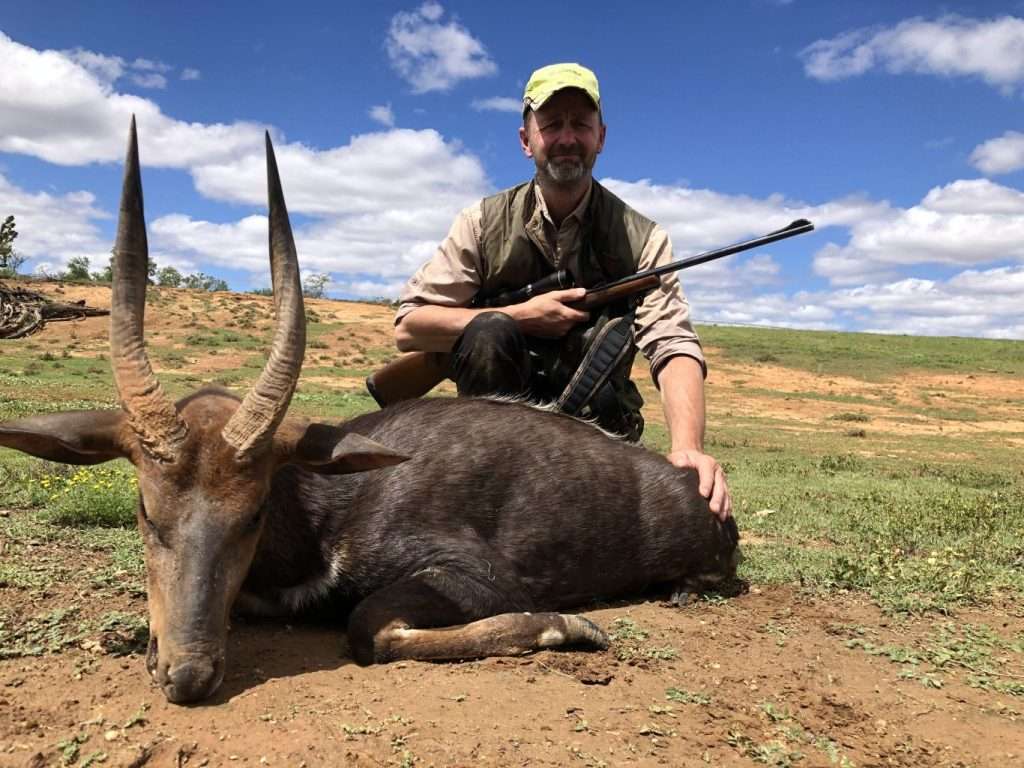 Kurt Henrik hunted with me as his professional hunter and he used my 243. Henrik hunted with Arnold as his PH and used his 308. Kurt and I hiked through a mountain valley the first morning and surprised a bachelor herd of impala rams. Kurt's shot was true but the ram ran some distance and disappeared behind some light bush. After some anxious moments, we found the beautiful impala ram expired from a perfect lung shot. Arnold and Henrik where successful on 2 management impala and a kudu that first morning.

The next few days saw Arnold and Henrik hunt 12 management kudu, impala and springbok. Henrik also hunted a trophy impala ram. Kurt and I had a tougher time of it. Trophy, steenbok, duiker and mountain reedbuck remained elusive during the full moon period. We managed to get a good steenbok ram. Duiker were their usual fleeting self and getting a shot was difficult.

Kurt had never been presented with an opportunity to hunt bushbuck on his previous African hunting safaris. With some windy weather around, we chose the best day to commit time to hunting a bushbuck. Our planning paid off and we spotted an old bushbuck ram around midday. Kurt's shot hit a little far back and we followed the blood trail along the Fish River for a short distance before deciding to leave the trail for the moment. There was a real chance we'd push him to swim across the river and we'd be unable to follow. After our bush braai (barbecue) of boerewors, we once again took up the trail. We found him expired 30 yards from where we had given up the trail earlier. He was a bushbuck warrior and a beautiful trophy.

Thank you to Kurt and Henrik for changing their schedule several times to hunt with us. It was a pleasure hunting with you and we hope to make some hunting memories again in the near future.