The Sommer family hunted with us this summer as part of an extended vacation with some friends in Cape Town.... 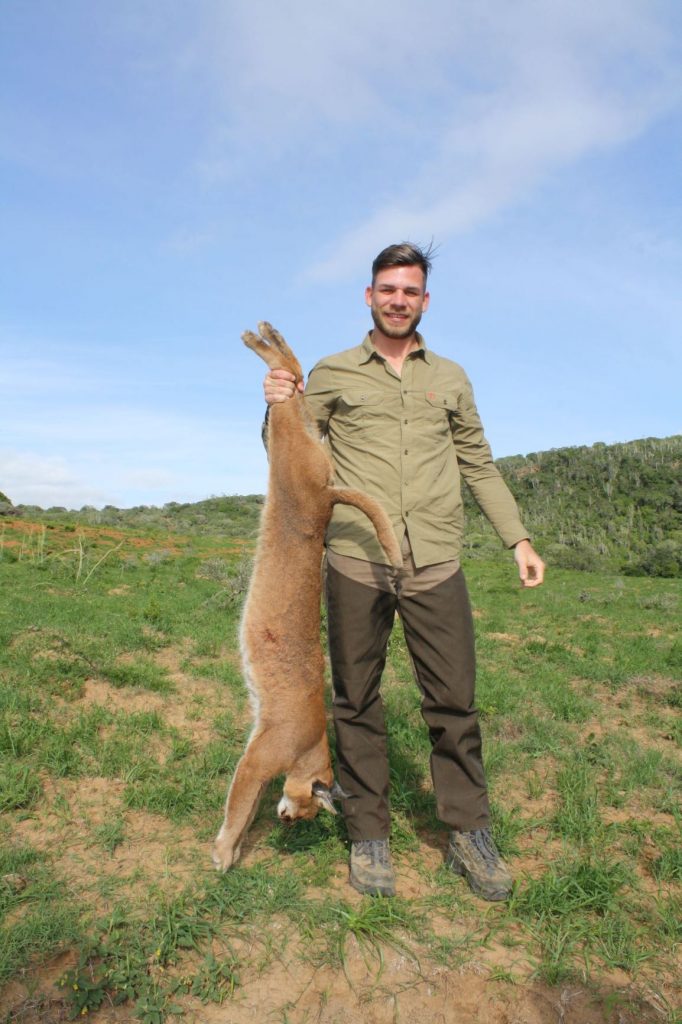 Gunther has hunted extensively throughout Africa and has taken numerous species throughout the continent. It was an opportunity for them to hunt some species that they've never hunted before and to get some hunting time on some management animals. Alex, Gunther's son, was successful on a cape bushbuck, common duiker, aardwolf and black springbuck. Gunther hunted a cape kudu cull, a cull impala and also took a rare bontebok when the opportunity presented itself. With the help of a formidable pack of dogs they were able to hunt a large caracal in the coastal riverine thickets.

It was a hunt to remember and we hope to welcome our new friends back to hunt with Karoo Wild Safaris in the near future.