Rob returned this year for a cape buffalo hunt. This is Rob's 5th year hunting with us and to hunt a cape buffalo was a culmination of years of african plains game hunting.... 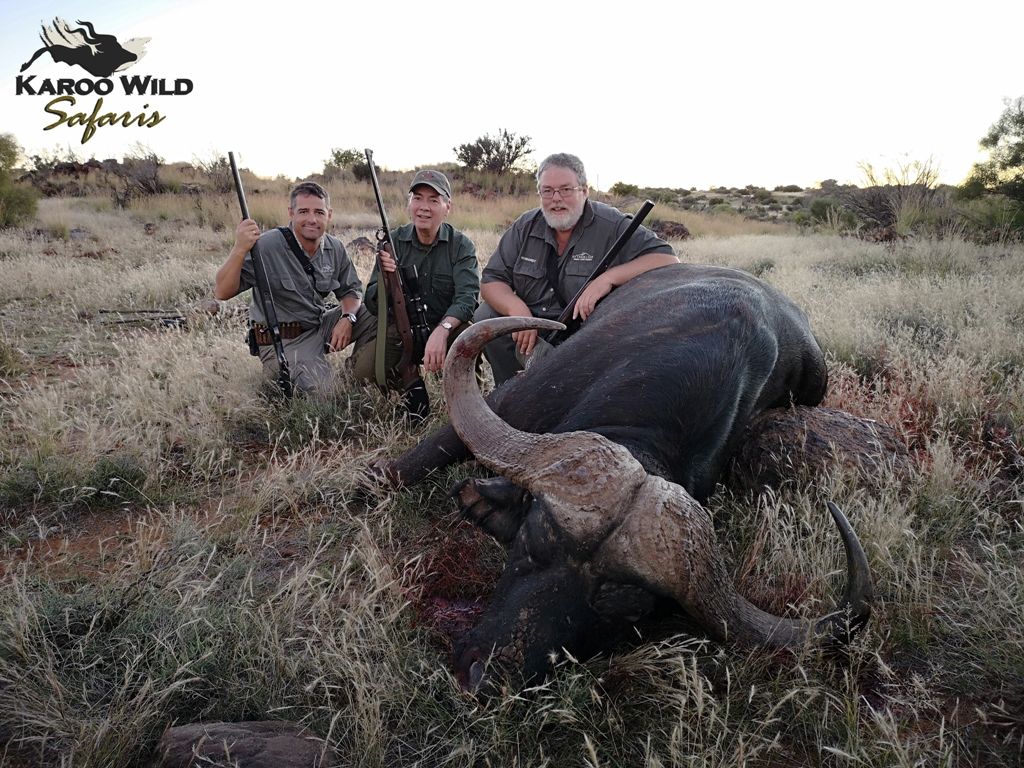 Rob was successful in taking his buffalo on the 2nd day. They'd spotted a bull grazing alongside a thorny thicket. Taking their shoes off, they stalked silently closer in their socks getting to within a staggering 50 yards. Rob's first shot caused massive injury and a second shot was only needed for good measure. He was a superb bull, hard bossed and measuring 41 inches from tip to tip.

The next day Rob hunted a copper springbuck on the plains using his Sako 6.5 x 55 Swedish Mauser.

Back at camp, we were able to view clips from Paul's footage and look forward to seeing the completed video. We're all very excited for the cape buffalo hunting planned later in the year.