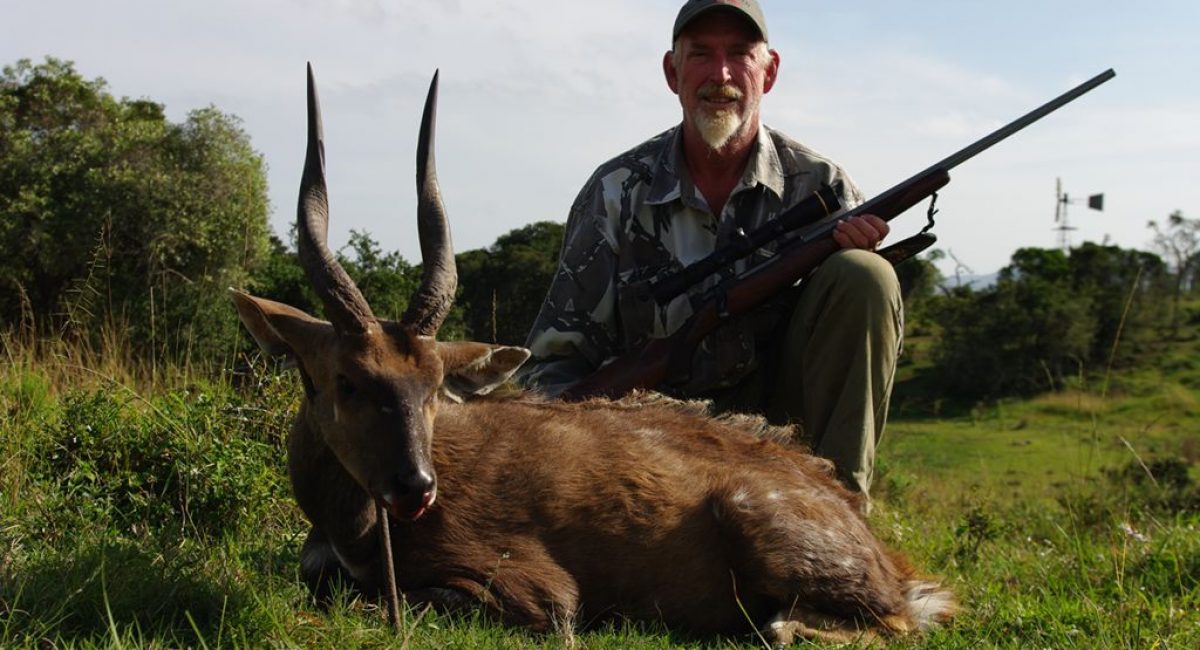 Bushbuck occur in the coastal and adjacent interior throughout the Eastern Cape and other parts of South Africa. Bushbuck hunting in South Africa is a favorite local activity and it is one of the top animals to hunt in South Africa.

Secretive, elusive and cunning, they are worthy and dangerous prey. Bushbuck rams are predominantly solitary in nature and they emerge from dense bush to feed in the early morning and late afternoons. Spotting and hunting bushbuck is a patient man’s game and you best have a good pair of binoculars. Walk through the bush slowly, pausing frequently to glass the area.

Their warning bark can be heard from hundreds of yards away. Be cautious when hunting bushbuck, a wounded bushbuck is dangerous and his razor-sharp horns have led to many visits to the hospital for hunters and their dogs alike.

Cost of a Bushbuck Hunt