Eland - the largest of the African antelope 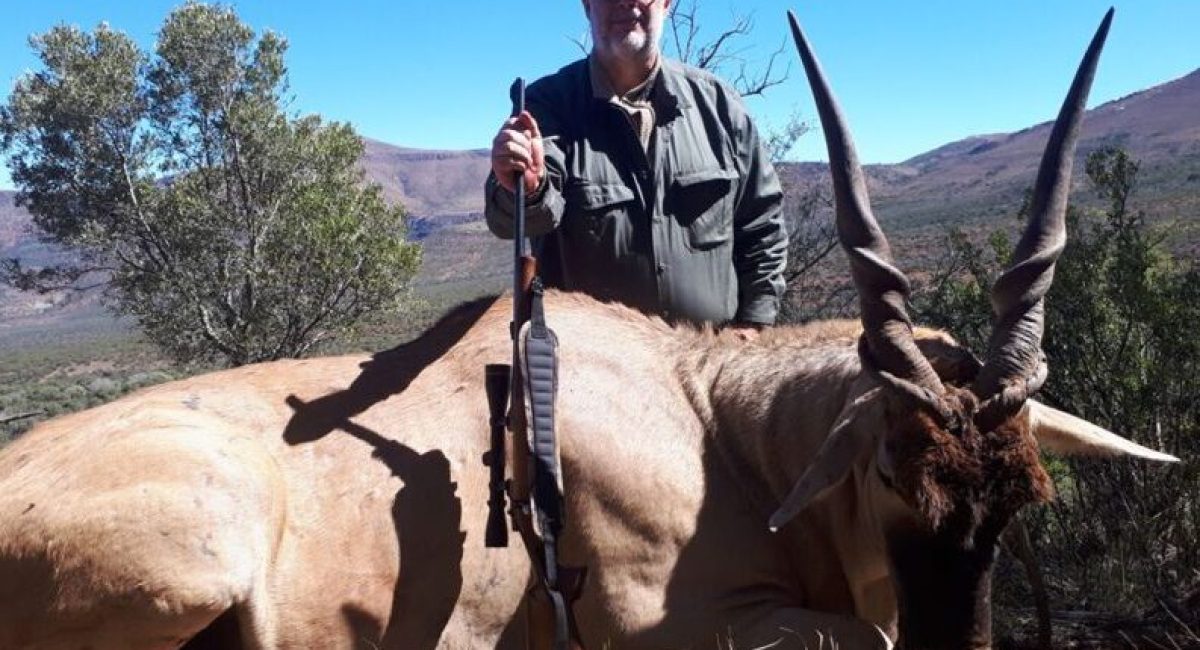 Eland hunting in South Africa will test your choice of caliber and bullet. The eland is the largest African plains game antelope and can weigh up to 2000 pounds. They are widespread throughout Africa with a high concentration in the Eastern Cape Province of South Africa.

Eland are gregarious and can be found in family herds of a hundred or more. Bulls will form bachelor groups of 2 or more eland bulls.

What is considered a Trophy Eland?

Both sexes carry horns. Trophy eland bulls are referred to as “blue bulls”. With age, they wear off the light grey hair on the side of the neck, exposing the darker grey / blue skin underneath. A trophy eland has

-a large, loose piece of skin called a dewlap that hangs from his neck and throat

Pay close attention to your shot placement when hunting eland in South Africa. They’re not particularly tough for their size but their anatomy can fool first time African hunters. Aim too low and you’ll hit the brisket, resulting in hours of eland tracking. An eland hunt requires some research and coaching with regards to shot placement.

The perfect shot is halfway up the body, on the crease directly behind the shoulder. Bullet construction is vital when hunting eland. A well-constructed, bonded bullet of 160 grains or more will get the job done.

Eland are a member of the spiral horn antelope family and are considered one of the spiral slam species in an Africa hunting collection.

What does it cost to hunt Eland?

The cost of an eland hunt is $2500 for a trophy eland bull. Management eland cost $700. The Spiral Slam Hunting Package $7500  for 8 days includes a trophy eland, kudu, nyala and bushbuck. This eland hunting package is fully inclusive.