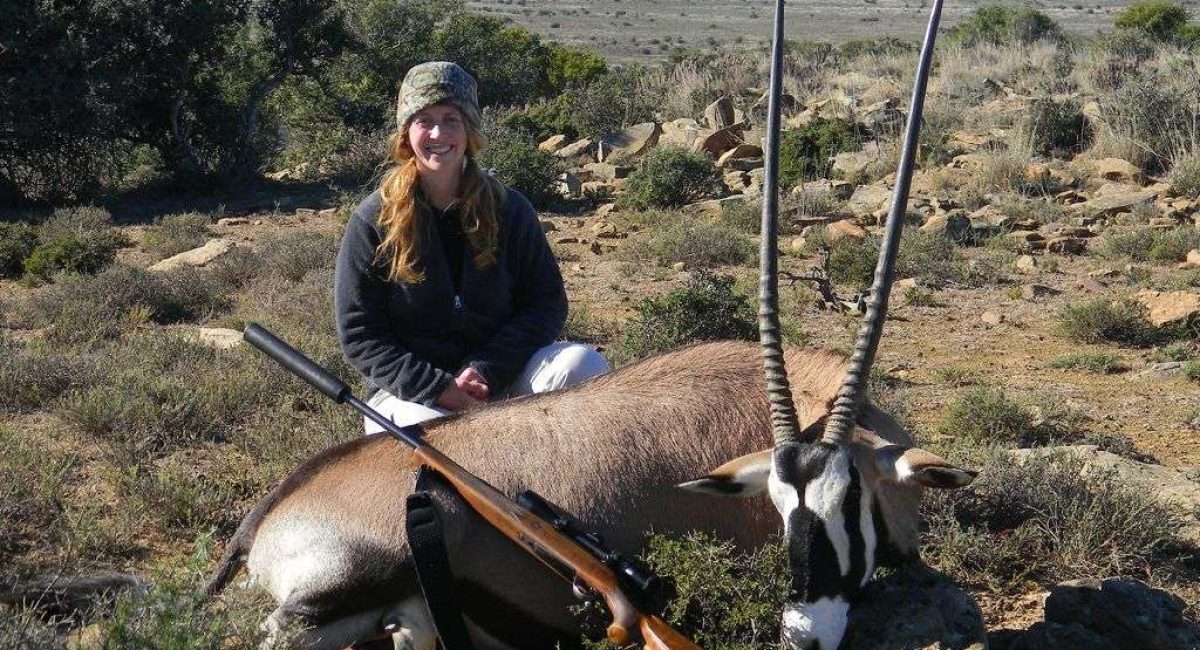 Hunting gemsbok in South Africa is a must-do. Gemsbok or Oryx as they’re most commonly known, inhabit the drier parts of the African continent. They’re widespread throughout the Eastern Cape, Free State and Northern Cape Provinces of South Africa.

Often pictured among red Kalahari sand dunes, the reality is that they’re adapted to a variety of habitats and will be found where the grazing is good. They aren’t dependent on water and can live without water for several months, absorbing moisture from the plants they graze on.

The alternating black and white colors on their face, cool and encourage circulation of blood flow to their brains. This allows them to survive in the hot desert environment. Gemsbok are generally gregarious and will form large herds where grazing is plentiful. Where grazing is limited, herds tend to be smaller.

What is a Trophy Gemsbok

Both sexes carry an impressive set of horns. The horns of a female gemsbok are longer and thinner and often curve slightly backwards.

The male’s horns are thicker, with the rings extending further up the horn. The hardest African plains game animal to judge horn length on. It’s a difficult call and best made when there are numerous gemsbok to compare horn length with. It's imperative to have an experienced PH with you when hunting gemsbok for the first time.

SCI minimum for gemsbok is 81 inches.

Gemsbok hunting is done by spot and stalk and walk and stalk. Go slowly and use any variations in the terrain to your advantage. They prefer to graze consistently in one direction, normally into the wind.

When hunting gemsbok in open areas, use the terrain and predict their movements. Use a well bonded, soft point bullet. Gemsbok are tough and can be extremely dangerous when wounded. Approach a “dead” gemsbok carefully.

How much does it cost to hunt Gemsbok