Giraffe - the tallest mammal on Earth 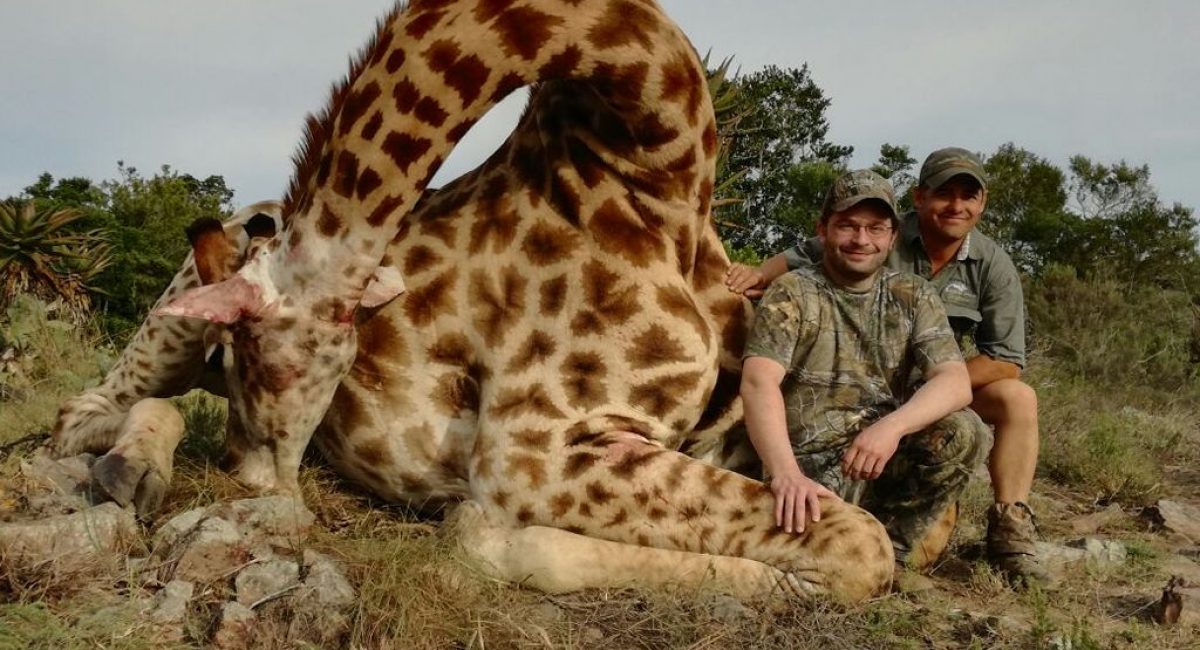 Giraffe hunting in South Africa is always a center of debate among non-hunters and even keen hunters when discussing African hunting. Ultimately though, they have few natural predators and breed prolifically in their natural habitat.

Their biggest threat is loss of habitat. Trophy hunting of giraffe places monetary value on their conservation and is an incentive for concessions and landowners to protect their habitat and population.

Giraffe are widespread throughout Africa and feed primarily on Acacia thorn trees at the height of 6 feet and above. As a result, they have few competitors in the animal world for food. Giraffe are gregarious and form large family herds. They feed during the day. Giraffe never lie down and rarely sleep.

Spot and stalk is the primary method during a giraffe hunt. The spot part is relatively simple, the stalk part being more complicated. Giraffe have keen eyesight and can see more miles from their high vantage point.

Shot placement on a giraffe is always a choice between two options. Aim for a high neck shot and he’ll drop on the spot, making the job of the skinners easier and resulting in a better giraffe trophy. Aim for a body shot, you must have good knowledge of a giraffe’s anatomy. A giraffe’s vitals lie far forward in the chest cavity, above the shoulder joints.

What is the cost of a Giraffe hunt?