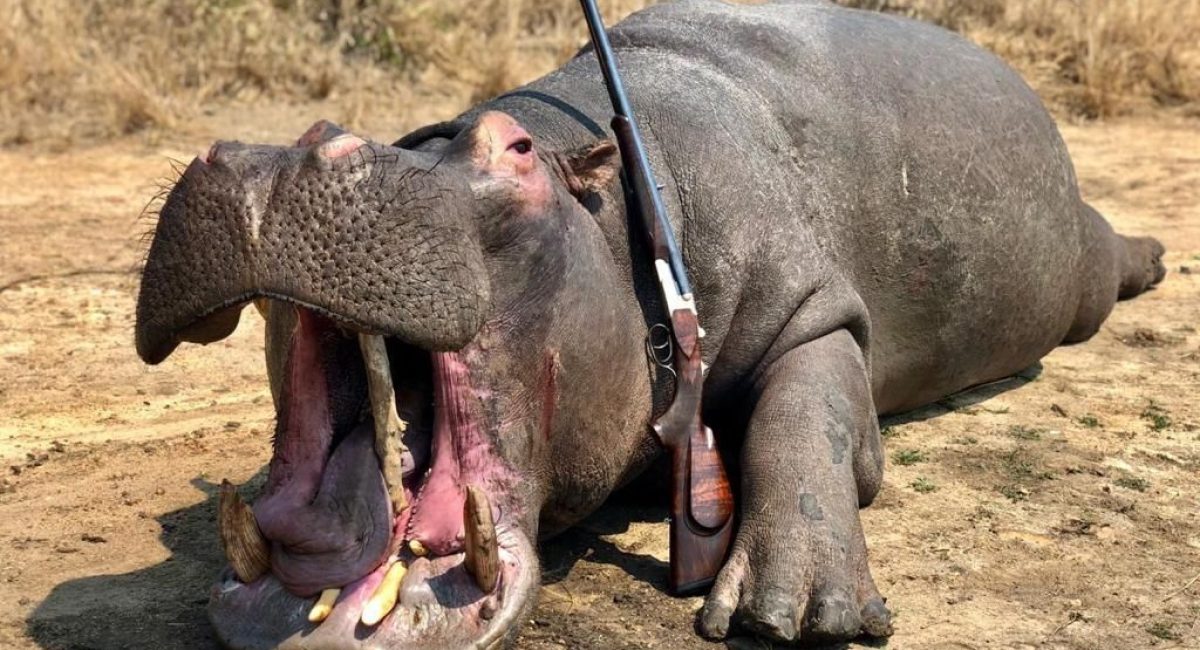 Hippo can be highly aggressive when disturbed in their river territory and kill more people in Africa than any other dangerous game. Their skin is sensitive to sun and they only venture out of the water to feed at night.

How to judge a Trophy Hippo

Hippo bulls and cows are extremely difficult to tell apart. The head of a trophy hippo bull is slightly larger and has two humps on the side of his nose.

A brain shot is necessary when hunting hippo in the water. They will sink to the bottom of the river and float to the surface an hour later. Retrieve him with caution, hippo and crocs inhabit the same area. With good planning a hippo can be hunted on land.

In areas where problem hippo hunting permits are available, they can also be hunted at night on foot. This is the most dangerous method to hunt hippo.

A .375 or larger caliber with solid bullets is the recommended caliber for hunting hippo.