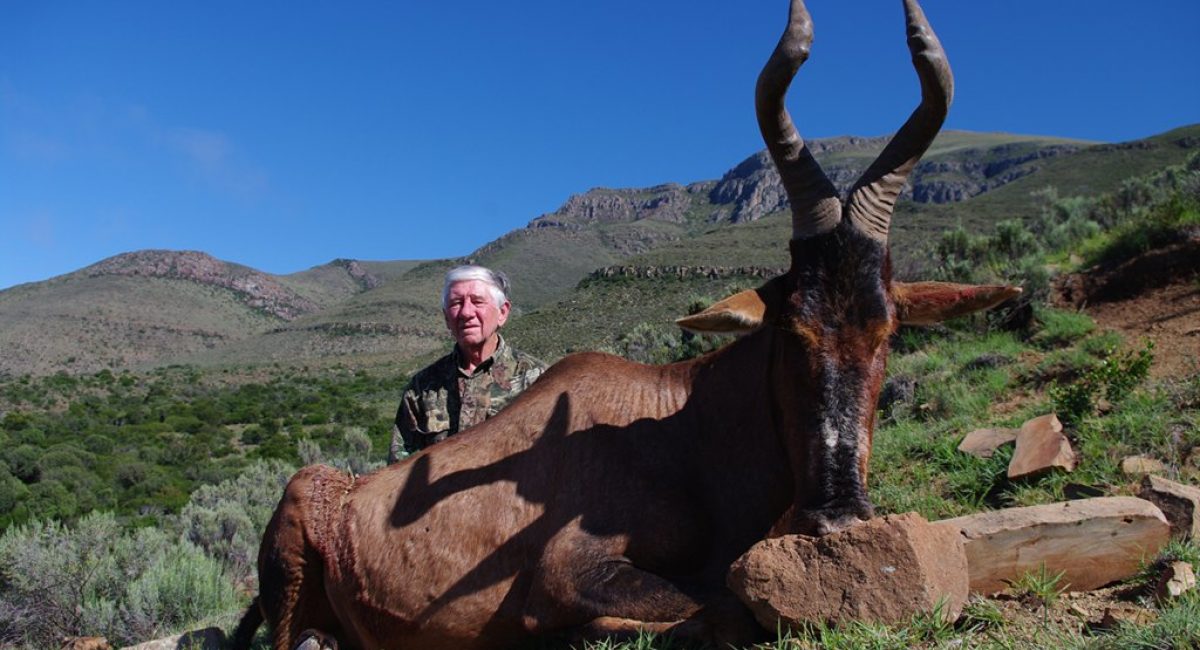 Red hartebeest are evenly distributed across Africa and being mixed feeders like the eland, are highly adaptable. They form large family herds.

Hartebeest are strange looking creatures and are jokingly called the “Hartseer Bees” in Afrikaans which translates to heart-sore antelope. In reality, their name derives from their heart-shaped spoor.

A trophy male hartebeest has thick horns that join at the base. You shouldn’t be able to slide your finger between the horns at the base. When judging a hartebeest trophy from the side, look for the figure 7. The top of the 7 should be parallel to the ground. Bulls are darker than cows.

When hunting red hartebeest in South Africa, always take the time to confirm the targeted animal with your PH before shooting. This is a unique and under-rated African plains game animal.

What does a Red Hartebeest Hunt cost