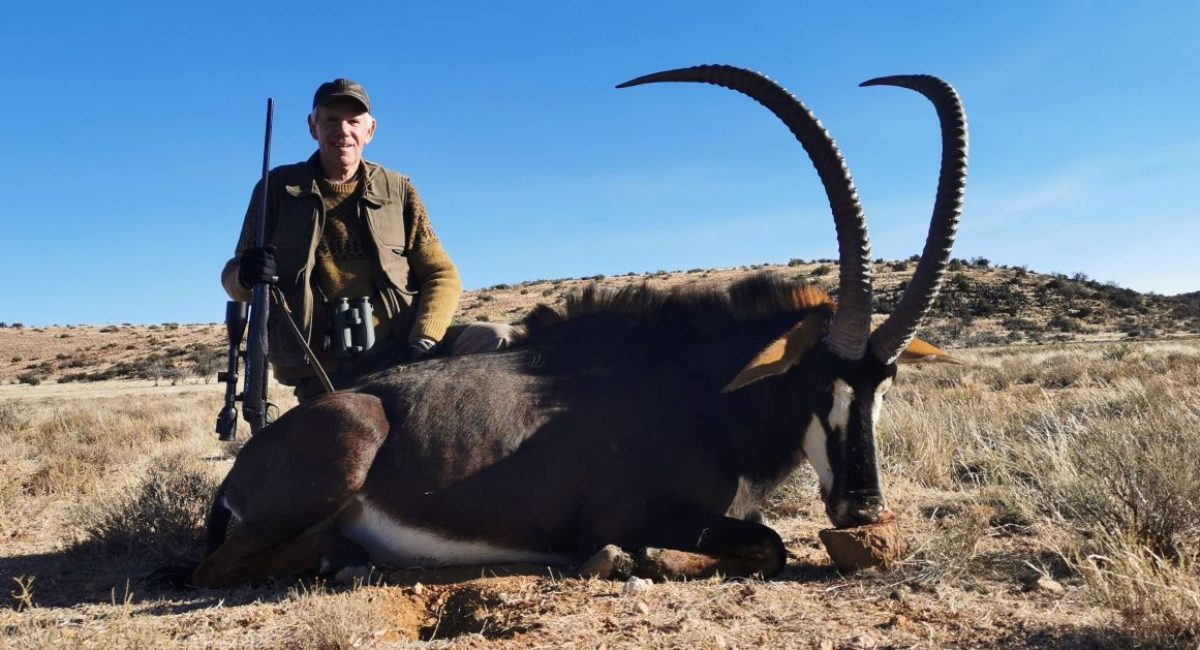 Hunting sable in South Africa is particularly good but they occur throughout Southern Africa. They occur naturally in all the Southern African countries, except Namibia.

Sable are dependent on water and prefer open savannah areas. Once considered rare, their numbers have improved in recent years and are now considered plentiful enough to hunt in some areas without needing additional permits. They form family herds of 10 or more animals

How to Judge a Trophy Sable

Both sexes carry horns with the male’s set being much more impressive. A trophy sable is jet black and his horns should be at least parallel to the ground at the top of the curve. Females are brown in color.

Sable hunting previously considered costly for plains game hunting is proving to be more affordable each year. Sable (in my opinion) are one of the top animals to hunt in Africa.

Be cautious when tracking and hunting sable, they’re known to charge hunters. Trophy sable bulls are defiant and cocky animals and are known to kill lions on occasion.

What does it cost to hunt Sable

The cost of a sable hunt is $5200. The Sable & Hartmann’s Zebra Hunting Package $7700 for 6 days includes a trophy sable and hartmanns mountain zebra. Contact us for custom sable hunting package.