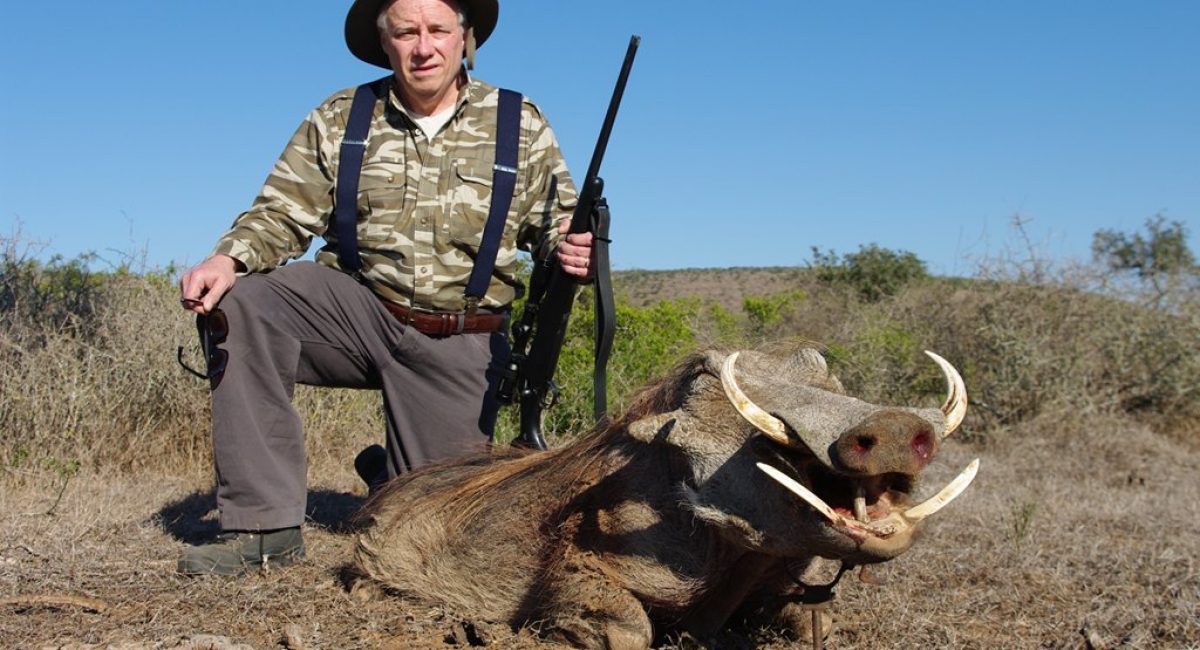 The warthog is a very popular trophy among African hunters. They occur widely throughout Southern Africa. Warthog make family groups called sounders, which is a mother and her piglets (up to 8 at a time) joined by the boar during breeding season.

Warthog are grazers and like to graze on freshly sprouted, green shoots. They often feed with their front legs bent and resting on the ground which enables them to get closer to their food.

Warthog live in abandoned aardvark holes and will “reverse” into the hole with their head and tusks facing the entrance.

Both male and female warthogs have upper and lower tusks. The males have thicker upper tusks, but not necessarily longer. Male warthogs have a set of warts just below their eyes that protrude quite prominently. They are absent in the female.

When hunting warthog in South Africa, scout the open areas near water in the cooler parts of the day. They will often rest amongst the thick bush and trees in the heat of the day. Their favorite time to drink water is around 11am – 1pm.

Be decisive in your shot placement and use a caliber with good knockdown power. Wounded warthog will often dash head first into any available hole and they’re difficult to dig out. Enjoy the hunt – warthog hunting is a lot of fun!