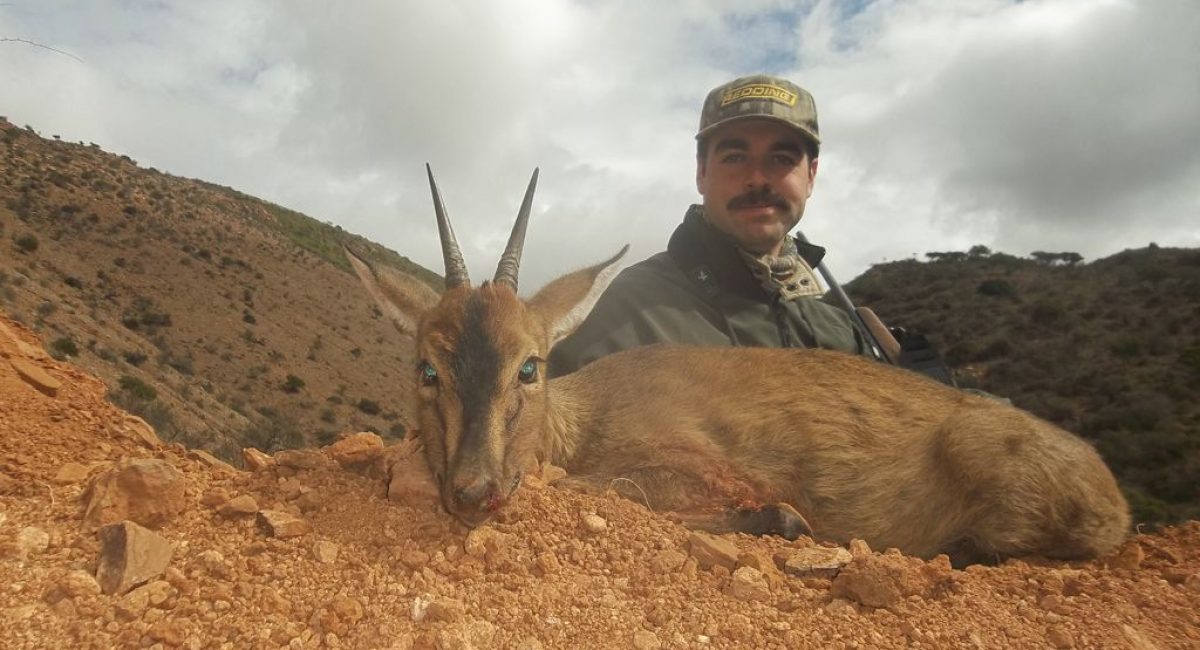 About the Common Duiker

The common duiker is the most widespread of African plains game species and being both grazers and browsers are adapted to a variety of habitats. They are solitary and pair up briefly to mate. Duiker are highly territorial in the Karoo area.

The word duiker is derived from the Afrikaans word “duik” which means to dive. They’re nervous antelope, often dropping their head as if to dive in the undergrowth.

Common Duiker females are larger than the males. Only the males carry horns however and judging a trophy duiker is relatively easy. As a rule of thumb, their horns should be at least as long as their ears when standing upright.

Hunting Duiker in South Africa can be challenging. They are difficult to spot and move nervously through the bush. A technique that often works well, is to get some elevation on a hill above a dry riverbed and wait in the early morning / late afternoon for them to emerge. Duiker hunting requires patience.

Cost of Hunting a Common Duiker

The cost of a duiker  hunt is $250 for a trophy duiker. Fully inclusive duiker hunting packages are common. The Tiny Ten Hunting Package $4900 for 8 days includes a trophy duiker, klipspringer, steenbok and vaal rhebuck.