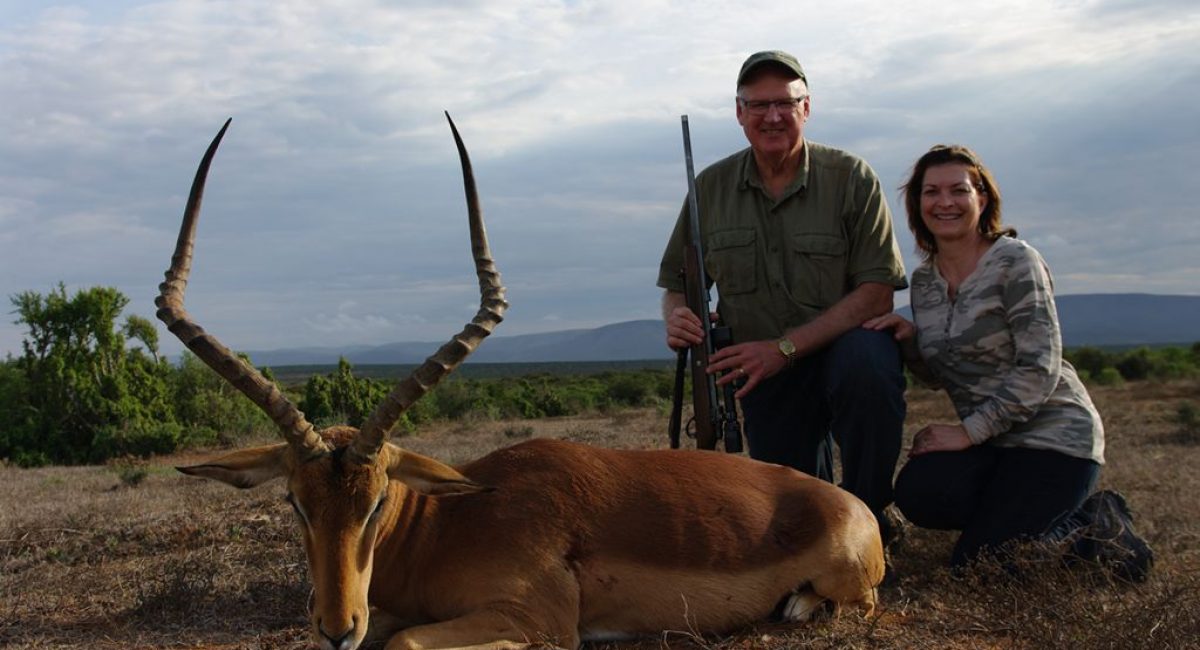 Impala hunting in South African is a much loved activity. Impala are highly effective mixed feeders and are widespread throughout Africa. They prefer savannah veld and will rarely be seen in the open plains.

They are gregarious and form large, family herds. Impala rams will form bachelor herds out of the mating season and will often allow a younger ram to keep the females company out of the breeding season.

But come mating season, the fighting begins and impala rams can be seen grunting and chasing one another to assert their dominance and protect their harem. Impala are one of the few animals in Africa to make audible sounds, like grunting, during the rut.

Only impala rams carry horns and judging an impala trophy is relatively easy. When hunting impala, look for horns that are parallel to each other at the top and have a deep curve when viewing them from the side.

Impala have outstanding senses. Fortunately for hunters, their preferred habitat allows for good cover and walk and stalk is a very effective method for hunting impala. Impala hunting is a good way for the first-time hunter to get into the rhythm of an African hunting safari.