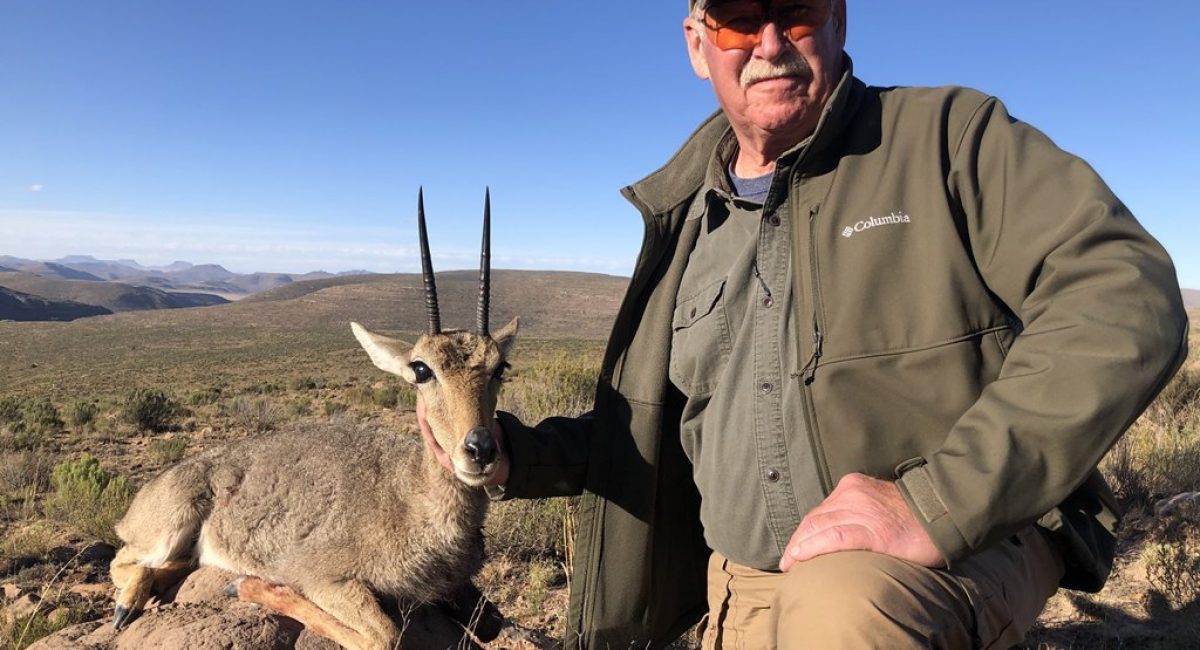 Hunting vaal rhebuck in South Africa will test the limits of your endurance! Vaal rhebuck are endemic to the Western and Eastern Cape Provinces of South Africa and prefer mountain areas above 6000 feet. They form small family herds of up to 10 animals with a dominant ram.

How to Judge a Trophy Vaal Rhebuck

Only the males carry horns. The male has a set of upright horns, well past his ears. Their coat is fluffy and almost rabbit-like in appearance and feel.

Vaal rhebuck hunting is done exclusively by walk and stalk…and walk you will for the vaal rhebuck lives in open grassy mountain slopes with very little cover.

Pay attention to your rifle set-up. Shots will be long and you’ll possibly only get one opportunity to bag ones of these unique African antelope. This is African hunting at its most challenging.